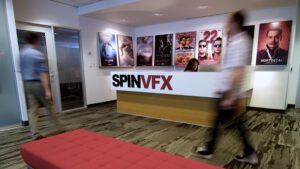 SPINVFX has evolved into an internationally recognized visual effects studio, working with respected directors, VFX supervisors, and producers.  With television credits that include the acclaimed Stranger Things series (Netflix), the Emmy award-winning series Game of Thrones (HBO), 2019 Emmy-nominated, fan-favourite series The Umbrella Academy (Netflix), Foundation (Apple TV+), Raised by Wolves (HBO), as well as film credits such as the Academy Award-winning biopic Spotlight (2015), In the Tall Grass (2019), Escape Room 2: Tournament of Champions (2021), and Dr. Strange in the Multiverse of Madness (2022), SPINVFX delivers on vision. 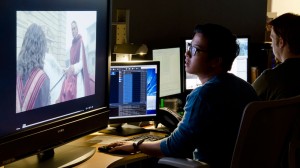 With a team of close to 350 industry-leading artists from around the world, SPINVFX has amassed a sought-after crew of some of the most talented creatives in visual effects today. In 2021, SPINVFX launched ROTATE, a Virtual Production Studio providing mobile access to the latest in real-time production technology across Ontario. SPINVFX has two sister companies JAXX, JAXX, an advertising post-production studio, and BRIO, a cloud & licensed subscription-based AR, VR & 3D platform, sold to Adobe in 2022.

SPINVFX is located in Toronto and Atlanta, with sales support in Los Angeles.

For 30 years SpinVFX has been offering a range of creative services in the areas of: