Canadian Screen Week in Toronto is a rousing spectacle that continues to grow year after year. The 2019 celebratory week was no different, with nightly award ceremonies, city-wide family-friendly activations, a vibrant Members Lounge with insightful panel discussions – all culminating in the Canadian Screen Awards Broadcast Gala on Sunday evening.

As always, SPIN didn’t miss an event! We kicked off the week at the Nominees Reception, which featured a talented panel of actors and actresses from nominated shows such as K. Trevor Wilson of Letterkenny and Amanda Brugel of The Handmaid’s Tale. We then celebrated our friends and colleagues at the Canadian Screen Awards CTV Gala Honouring Creative Fiction Storytelling, which awards various categories including visual effects and animation.

Nestled in the heart of the city was The Academy Members Lounge, which Spin was proud to sponsor, as it ran panels and networking mixers all week long celebrating the creative forces behind our industry. Featuring fireside chats with world-famous directors like Vincenzo Natali (Splice, In the Tall Grass), and Canadian producers like Emanuele ‘Manny’ Danelon (The Expanse.)

SPIN’s own VFX Producer Amanda Lariviere moderated a panel entitled “The Creatures are Coming to Life”, featuring SPIN Creature Art Director Cesar Dacol Jr., and Prosthetic Makeup FX Artist Tenille Shockey. The illuminating discussion revealed some of the secrets and inspirations behind some of the most iconic creatures in film and television.

SPIN President, Neishaw Ali, along with her fellow Academy board members hosted the Board Tribute Dinner on Saturday evening. The event honoured several icons, including Mary Walsh, Deepa Mehta, Stephan James and Kids in the Hall with special awards. The night’s host was Eric McCormack (Will and Grace), it was an exclusive evening for the talent and industry leaders.

The Broadcast Gala was a great success, with awards going to Schitt’s Creek, Anne with an E, and Canadian actor of If Beale Street Could Talk, Stephan James.

SPIN congratulates all of the nominees, winners and special award recipients of this Canadian Screen Week! 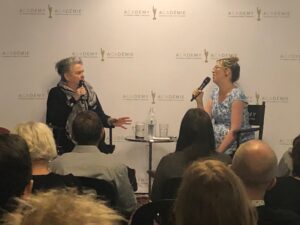 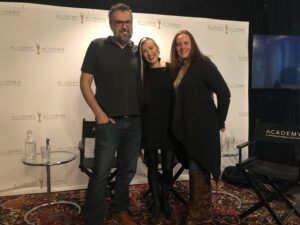 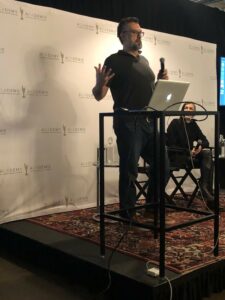 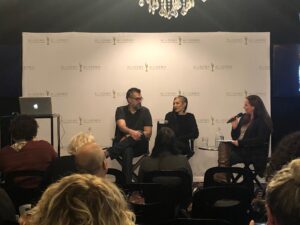 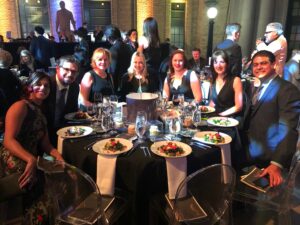 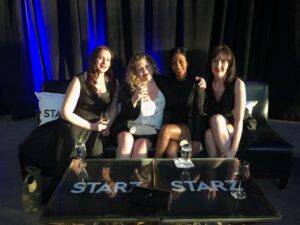 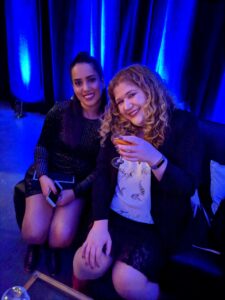 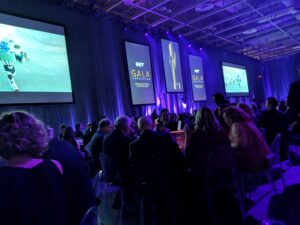