Spin VFX is pleased to share their work on the family adventure sequel Dolphin Tale 2, directed by Charles Martin Smith.

“Dolphin Tale 2 is an evocati 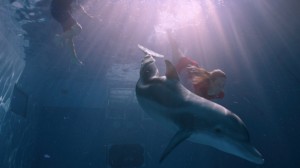 ve story that touches the heart of everyone. Thank you to Alcon for entrusting us to deliver on a great challenge and our ultimate success – to build and animate a 3D likeness of our beloved Winter that is imperceptible to the naked eye. VFX Supervisor, Bob Munroe and VFX Producer, Tony Meagher were a pleasure to work with. They kept a tight production, very collaborative and always supportive.” says Neishaw Ali, Spin President and Visual Effects Executive Producer (Game of Thrones, 22 Jump Street).

SPIN was tasked with creating 3D dolphins as well as augmenting the live dolphins. The team produced controlled CG dolphin performances, integrating them seamlessly into both live action plates and CG water environments, above and below the surface. CG surface water simulations, water interaction with both live and CG dolphins, surface disturbance and undulation, splashes, underwater churn, reflections, refraction, and the look of wet skin were also added to create a realistic finish.

“We had many shots where our C 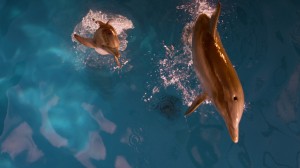 G dolphins were in frame with real dolphins, there was no where to hide. We had to get the performance, the look and the integration just right or the shot wouldn’t work. Bob had a wealth of experience coming out of the first film and our long-standing collaboration made close communication and creative short hand easy. Water is always a challenge but over the years we have developed a lot of techniques that served us well in this film. We are all very proud of our work and I can honestly say it was a pleasure.” Colin Davies, VFX Supervisor (The Signal, All is Lost). 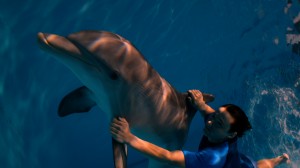 In the sequel Dolphin Tale 2, it has been several years since young Sawyer Nelson and the dedicated team at the Clearwater Marine Hospital, headed by Dr. Clay Haskett, rescued Winter. With the help of Dr. Cameron McCarthy, who developed a unique prosthetic tail for the injured dolphin, they were able to save her life. Yet their fight is not over. Winter’s surrogate mother, the very elderly dolphin Panama, has passed away, leaving Winter without the only pool mate she has ever known. However, the loss of Panama may have even greater repercussions for Winter, who, according to USDA regulations, cannot be housed alone, as dolphins’ social behavior requires them to be paired with other dolphins. Time is running out to find a companion for her before the team at Clearwater loses Winter to another aquarium.

The Making Of – Dolphin Tale 2

Founded in 1987, Spin is a creative and technically dedicated visual effects studio producing captivating imagery for feature film and television. In addition to recent feature film work on Dolphin Tale 2, 22 Jump Street, and The Twilight Saga: Breaking Dawn, Spin is well-known for their television work on HBO’s Emmy award-winning series Game of Thrones and Neil Jordan’s thrice Emmy nominated The Borgias for Showtime. Spin is located in Toronto, with sales and support in Los Angeles. www.spinvfx.com