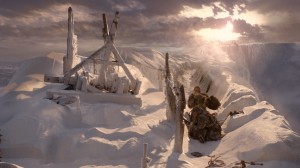 Spin VFX is pleased to announce three nominations for the Visual Effects Society’s 12th Annual VES Awards.  “We are humbled to be recognized by our peers in a variety of categories. We are extremely grateful to HBO, Showtime, CTV and Take 5 Productions for the opportunity to work on Game of Thrones, and The Borgias, and to work together to deliver distinctly creative shows” says Neishaw Ali, Spin President and Visual Effects Executive Producer (Game of Thrones, The Twilight Saga: Breaking Dawn) 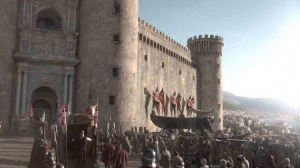 Conceived and written by Showrunner Neil Jordan, The Borgias is produced by Showtime, in association with Take 5 Productions, Octagon Films and Mid Atlantic Films.

The VES Awards are the prestigious yearly celebration that recognizes outstanding visual effects artistry and innovation in film, animation, television, commercials and video games and the VFX supervisors, VFX producers and hands-on-the-keys artists who bring this work to life.