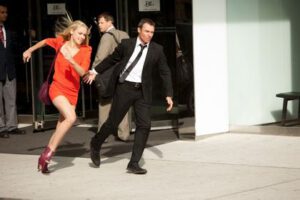 There are more lights, cameras and action for Toronto’s film, television and visual effects industries compared to a few years ago.

“Six or seven years ago, you could still be flicking through the channels and you could go, ‘Oh there’s the Canadian show! There’s the American show!’” says Fred Fuchs, producer of the television show Transporter: The Series, which was recently filmed in Toronto. “They looked different, the production values were different. You can’t do that anymore.”

According to a March 2013 report from Ontario’s Ministry of Tourism, Culture and Sport, the film and television industry contributed close to $1.3 billion to the province in 2012 — nearly doubling (90% increase) since 2008 — and with Toronto essentially the engine. Domestic productions soared, representing nearly $700 million of the total amount in 2012.