On April 19th, Toronto Mayor John Tory lead the annual film and television business mission to Los Angeles along with the city’s film industry leaders. SpinVFX was a mission sponsor, and was a key member of the delegation, playing an active role in planning the most significant components of his visit. “Mayor Tory’s continued commitment to the City and the Screen Based industry is commendable”, said SpinVFX President Neishaw Ali.  “Despite his immensely busy schedule across all industries, he managed to squeeze 24 hours out of his time to share with the L.A. studios and filmmakers our strategy to continue investing in our people, infrastructure and stability of our industry.”

Mayor Tory was also joined by Councillor Michael Thompson, Chair of the Economic Development Committee for the City. The two leaders met with the Motion Picture Association of America, and then began a busy day of meeting with critical stakeholders in L.A., including Netflix, Amazon, Sony Pictures & Entertainment and Blumhouse.

The delegation re-convened in the evening for a unique panel discussion featuring Carlton Cuse, and Post-Production Consultant for The Expanse (Alcon Entertainment), Alicia Hirsch and J. Miles Dale – recent Best Picture Oscar winner for Shape of Water (2018) – and moderated by the Mayor himself. The lively discussion covered topics related to the overwhelming success of the Toronto industry over the past year, which saw over $1.8 billion in economic activity. In post-production, the investment in animation and visual effects continues to grow, increasing 338 percent since 2014, and reaching $381 million in 2017. The City is also thrilled to see a new film studio space open in the Toronto Portlands which will ease the pressures on the already highly competitive studio spaces in Toronto – a major concern that Mayor Tory spoke to stakeholders about on his 2017 L.A. mission.

The night concluded with a reception in downtown L.A. which saw over 200 local industry leaders from every corner of the sector come together to celebrate the ongoing partnership between our two great film cities. The Mayor’s rousing speech was flanked by a brand new xoTO community trailer, which captured the incredible work that Toronto’s film and television sector has delivered over the past year.

As we reflect on the previous year and embark on even bigger projects in 2018, SpinVFX is proud to be part of such a talented and dedicated stakeholder community, and to have the attention and leadership of Mayor Tory. 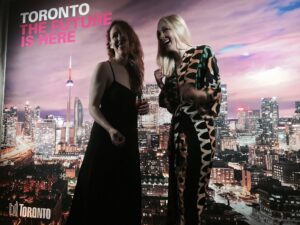 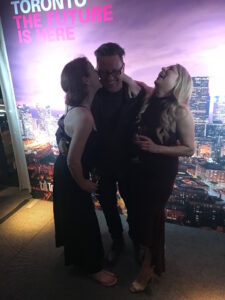 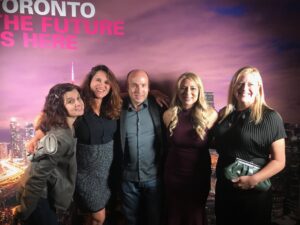 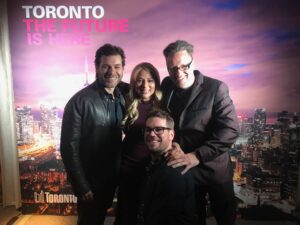