Spin VFX, which has created stunning visual effects for over 75 features and 15 television series, including Emmy award-winning work on HBO’s Game of Thrones and most recently work on Tim Kring’s dramatic fantasy mini-series Heroes Reborn for NBC is pleased to share their work on the sci-fi drama The Expanse. 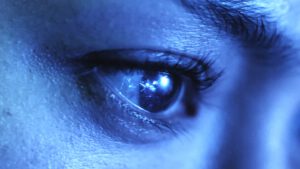 “We all loved the novels and when approached with the opportunity to bring the story alive on screen we knew it would be a profoundly rewarding challenge. We thank the writers, Daniel Abraham and Ty Franck for creating that possibility, along with Broderick Johnson, Andrew Kosove, Sean Daniels, Naren Shankar, Ben Roberts, and their teams for their exceptional creativity and passion. Special thank you to Bob Munroe, for his inspiring leadership and compelling vision that continues to push our talented team.” Neishaw Ali, President and Visual Effects Executive Producer (Da Vinci’s Demons, Game of Thrones) 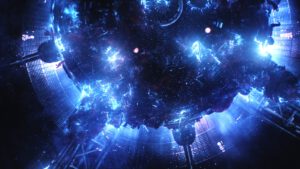 Protomolecule sequences included its initial teaser in the season opener, complex animation and digital effects for the advanced form of the Protomolecule for the live reactor in the Anubis drive core, enhancing practical make-up and SPFX detailing it’s horrific infection of the inhabitants of Eros, and the final reveal of the nearly fully evolved version to close out the season.

“The Expanse is one of those shows that ignites our passion in the visual effects industry. It was energizing to work side by side creatively with Naren Shankar and Bob Munroe to realize a riveting, and realistic near future – a glimpse of where humanity might very well be in a few hundred years…although, hopefully without the marauding alien entity and the threat of interplanetary war! We’re truly grateful for the experience.” Kyle Menzies, VFX Supervisor (Marco Polo, The Tudors) 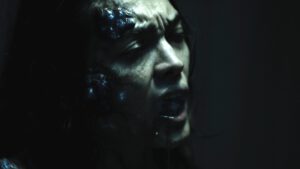 Set a few hundred years in the future, on the eve of a possible war between Earth and Mars, a detective’s search for a missing heiress in space coincides with the destruction of a freighter carrying much needed ice (for water) between inhabited planets, with a portion of its crew still alive after finding some frightening and mystifying clues in the missing woman’s spacecraft.

Produced by Alcon Television Group and The Sean Daniel Company for SyFy.