Spin VFX is pleased to share their work on the sci-fi thriller The Signal, directed by William Eubank.

“Working with Producers Brian Kavanaugh-Jones, Tyler Davidson, Richard Rothfeld and Director, Will Eubank, was a rewarding experience. We were all engaged in finding creative solutions to our small BIG feature.  The artistic freedom and collaboration, came as no surprise, as Will has a unique and bold cinematic vision that we were excited to help bring to the screen.” says Neishaw Ali, Spin President and Visual Effects Executive Producer (Game of Thrones, Dolphin Tale 2, 22 Jump Street). 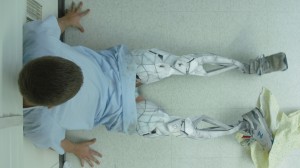 The main challenge involved a complete replacement of Nic’s legs. Spin’s in-house art department refined the geometric look adding realism and details to work out integration and movement.  The leg shots required some very tricky matchmoving and paint back as there was no mo-cap or motion control rig.  Spin’s concept designers worked to further develop Damon’s robotic head – fleshing out the look of the alien technology as well as the CG Star Port and the Space environments.

“Will has such a clear vision and being able to work so closely with someone that focused and passionate, right through the creative process, from concept design to the final tweaks was a lot of fun. The results speak for themselves, the film has amazing production value, it punches way above its weight.” Colin Davies, VFX Supervisor (Dolphin Tale 2, Abraham Lincoln Vampire Hunter). 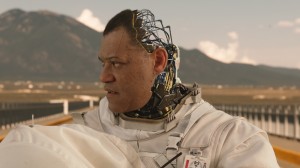 In The Signal, three college students on a road trip across the Southwest experience a detour; the tracking of a computer genius who has already hacked into MIT and exposed security faults. The trio find themselves drawn to an eerily isolated area 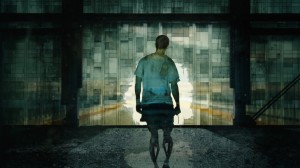 when suddenly everything goes dark. When one of the students, Nic regains consciousness, he is in a waking nightmare.

Founded in 1987, Spin is a creative and technically dedicated visual effects studio producing captivating imagery for feature film and television. In addition to recent feature film work on Dolphin Tale 2, 22 Jump Street, and The Twilight Saga: Breaking Dawn, Spin is well-known for their television work on HBO’s Emmy award-winning series Game of Thrones and Neil Jordan’s thrice Emmy nominated The Borgias for Showtime. Spin is located in Toronto, with sales and support in Los Angeles. www.spinvfx.com