SPIN VFX IS PROUD TO BE PART OF THE WINNING TEAM 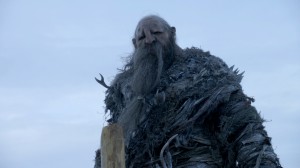 “We are excited by the HPA award and once again grateful to HBO for the opportunity to work on such a creatively award winning show,” says Neishaw Ali, Spin President and Visual Effects Executive Producer (Abraham Lincoln: Vampire Hunter, The Twilight Saga: Breaking Dawn)

The HPA Awards recognize individuals and companies for outstanding contributions made in helping to create features, television programs, spots, and entertainment enjoyed around the world. Presented by the Hollywood Post Alliance® – the professional organization for the post production community – the 8th Annual HPA Awards took place at the Skirball Cultural Center in Los Angeles, in front of a sold out audience of industry insiders and luminaries on November 7th.

The HPA award follows on the heels of the team’s Outstanding Special Visual Effects Emmy win for the same episode earlier this year.